My favourite film is the mummy the film was written by David Koepp and it´s an action film the story is about Princess Ahmanet and an egyption goddes, amunet.

Ahmanet killed her father and his family to resumet set to be the queen of the Egypt.

She is discovered and mumificated alive. Her sarcophagus is buried in Mesopotania and submerged in a pool of mercury. She wakes up the tomb of Ahmanet. It is transported by plane. During the flight, a scurgeant becomes possessed by Ahmanet´s power the plot is really exciting.

I truly recommend it because it is a cultural and adventure story. 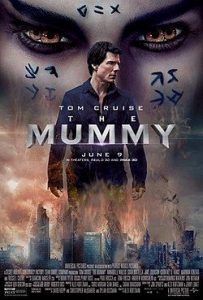